The one trick I use to kick Imposter Syndrome 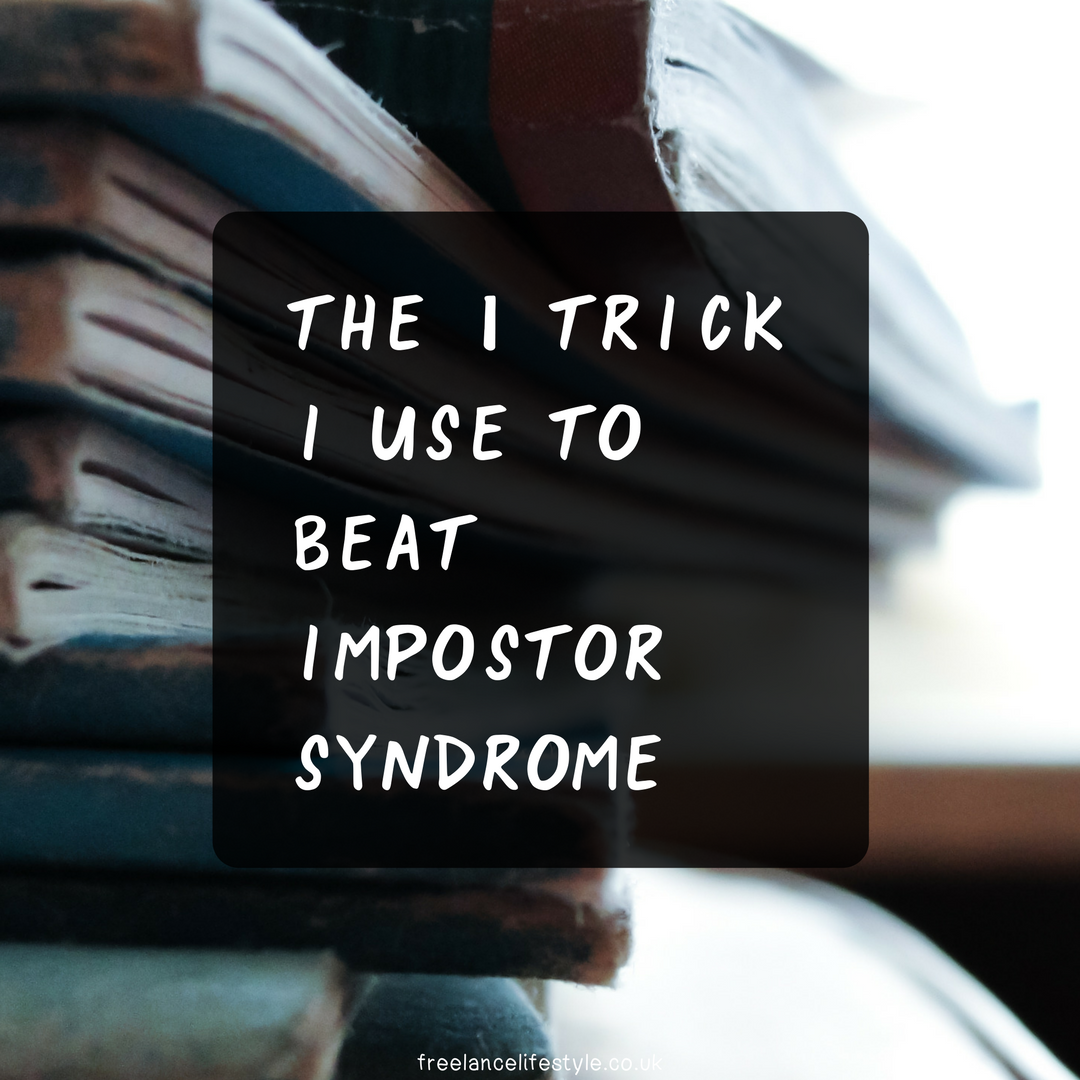 Imposter Syndrome. Heard of it? If you’re freelance, you’ve almost certainly felt it. It’s the little gremlin in your head which says things like:

Are you serious? Do you really think people will pay you to do that?

Raise your prices? No one will pay you that!

Oh god, look what my super-awesome, glossy, productive-as-hell competition is doing! I’m such a failure.

Someone is going to find out that I’ve been lucky so far, and I’m actually totally rubbish. They’re going to tell everyone how rubbish I really am.

How to deal with imposter syndrome?

The problem lies in the assumptions. When you compare how you’re doing to others in your industry, you’re likely to make some of the following assumptions:

Whenever you feel like you’re overwhelmed with how much others are doing, grab a pen and paper. Write down all the assumptions you’re making. Then challenge them. Are they really true? And if you really believe they are, how would you prefer to feel about it? Focusing on how you’d prefer to feel will empower you to make the changes you want to see, rather than dwelling on the differences you perceive.

What assumptions do you make about others in your industry?