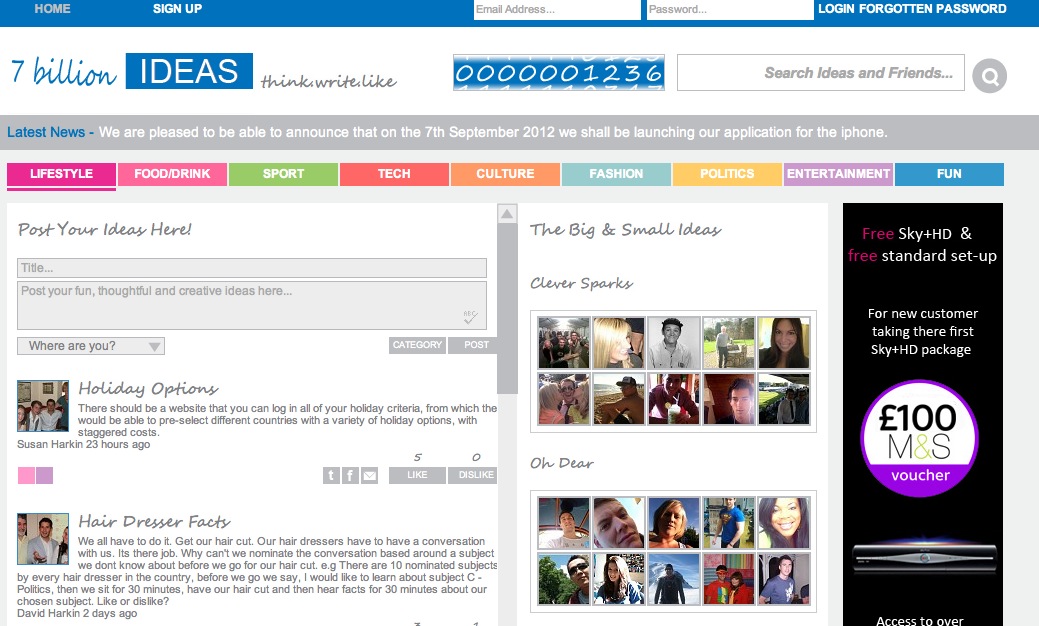 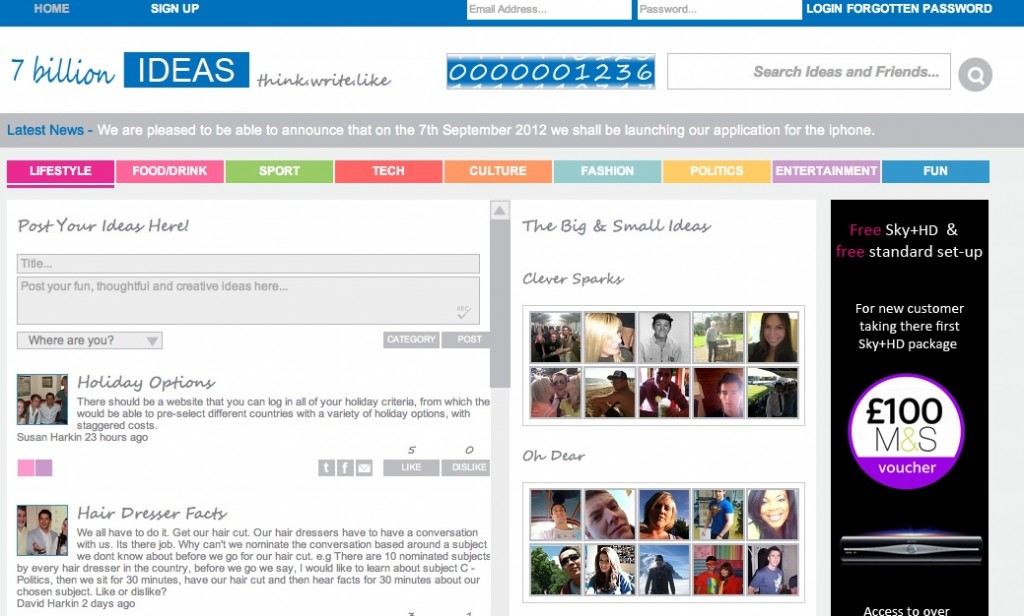 Ever had one of those amazing ideas that you just had to scribble down? Or just an observation about how someone could do something smarter, more efficiently or just a whole lot better? If you’ve got an eye for an opportunity and an idea of how you can solve a problem, chances are you’ve had quite a few moments like that. In fact, a lot of entrepreneurs, freelancers and bloggers I know often speak about the dozen or so ideas like this they get a day.

So, what do you do with all those ideas? Write it in a notebook that no one else will read? Share it with a few friends (who may or may not be truthful about the potential for it)? Plop it into a witty tweet? Great…but not exactly pro-active.

Instead, why not pop your idea up on 7BillionIdeas?

7BillionIdeas is a forum where you can share your ideas with thousands of others, and read their honest feedback. It might be something as simple as a new way to recycle a household basic, or an innovative new approach to a problem that millions of people struggle with. They describe themselves as “an innovative social media platform to share the everyday fun, thoughtful or creative idea”

The idea came from five friends chatting, and has developed into a platform that aims to collect seven billion ideas. At the moment they’re in the early stages, but there is the opportunity in the future to potentially develop some of these ideas. So it’s worth jumping on board now.

The ideas on there now aren’t ridiculously advanced. They’re simple, lifestyle-related easy tweaks. Like putting more basket stations in the supermarket, or adding a section in your driving theory test about the dangers of drinking and driving (and how many units you’re allowed). But with more and more companies becoming social, it makes sense to have a place where those ideas can be published, voted on and potentially discussed with businesses.

So, what would be your idea? Something simple to do with everyday life? Or a real game changer?