Flipboard continues to be a blogger’s best friend 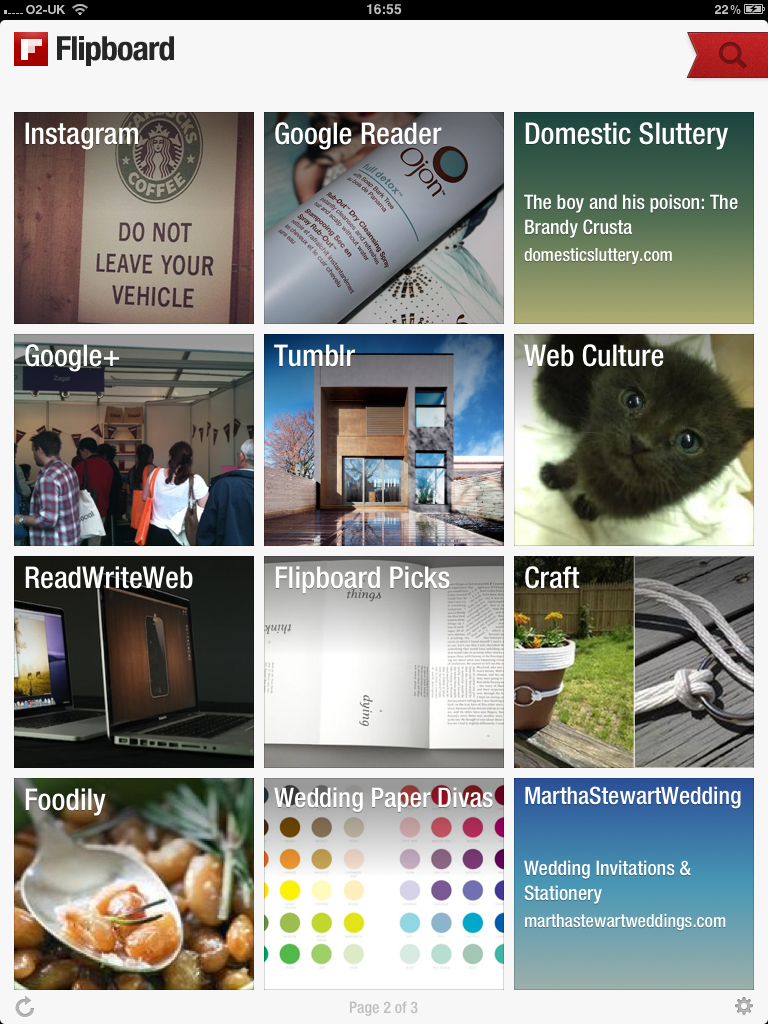 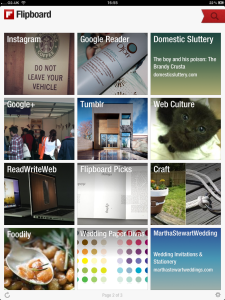 Bloggers in general read a lot of stuff. A LOT. When we’re not reading other blogs, we’re flicking through Google+, Twitter, Facebook or LinkedIn, or have our noses in a good old’ fashioned book. It can all get a bit overwhelming at times.

This is one of the reasons I adore the Flipboard app. It’s an iPhone, iPad and Android app that collates all the content from your various social accounts, and puts them together in a flippable magazine format. I’ve written about Flipboard a few times in the past, so I won’t go into too much detail.

There have been two interesting developments with app this week. They’ve added Google+ and YouTube functions, so you can view both within the magazine format. I’ve been hoping they’d add YouTube for a while, but Google+ is a real catch for them – Hootsuite and Tweetdeck are still waiting to add that to their streams, so it’s impressive for a relatively new company to land such an opportunity. It’s a smart move by Google too. Interaction levels are low on the network, but targeting a group of switched on social media types, like Flipboard users, could be key to getting things moving again.

Are you a Flipboard fan? What do you think about these two new additions?

p.s I seem to be having some problems with YouTube on there at the moment, but they’re usually pretty quick to iron out any bugs.