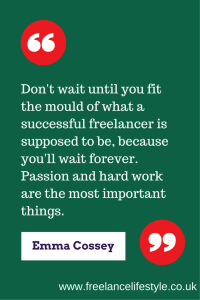 Freelancing can be a minefield of worries, from ‘Will I land this pitch?’ to ‘Will they pay me on time this month, or will I have to send another civil-but-pissy email?’. There are, however, some things you definitely shouldn’t worry about.

You shouldn’t give a shit about..

Next week, we’ll talk about what you really should give a shit about.