How do you define yourself? Freelancer, self-employed, entrepreneur or contractor? 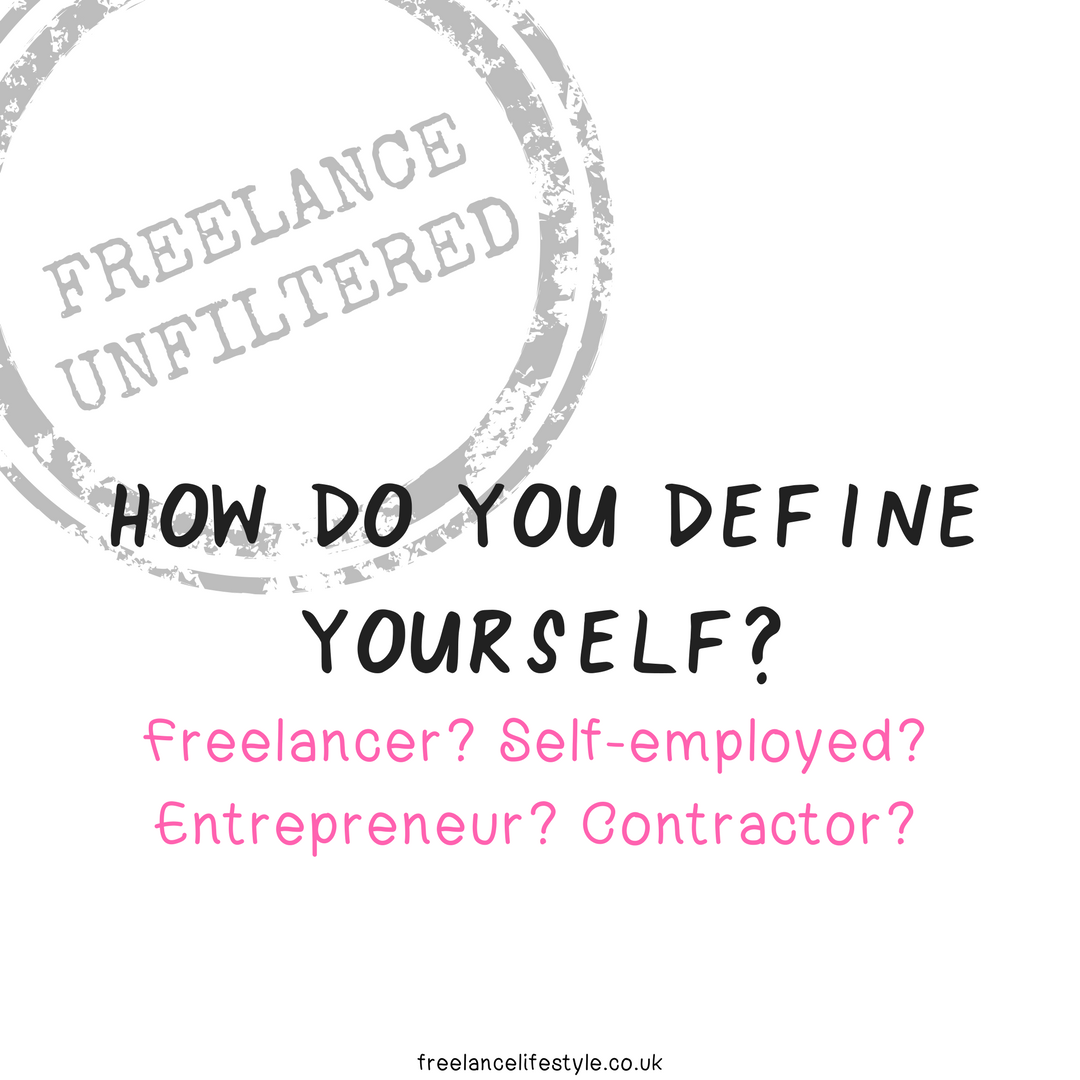 The opening question that leaves most self-employed types wondering where to start.

Not just because most of us have more than one skill or specialism, or struggle to summarise what we do in a sentence.

Not just because you have to tailor your answer to your audience (because Julie at networking needs a different answer to your Aunty Jane who only got Facebook in 2016 and mainly uses it to share pictures of her cats).

But because choosing the term for being self-employed can be tricky. Are you a freelancer? Self-Employed? An entrepreneur? A contractor?

So, what do each of them mean? According to the Business Dictionary…

Working on a contract basis for a variety of companies, as opposed to working as an employee for a single company. Freelancers are often considered to be self-employed, and have the freedom to pick and choose their projects and companies they would like to be associated with.

Sole-proprietor or partner in a partnership to whom the legal requirements under a contract of employment do not apply. He or she, however, may employ others under such contract. Self-employed individuals obtain their own work or sales and pay their own expenses.

Definition of a Contractor

Independent entity that agrees to furnish certain number or quantity of goods, material, equipment, personnel, and/or services that meet or exceed stated requirements or specifications, at a mutually agreed upon price and within a specified timeframe to another independent entity called contractee, principal, or project owner.

Definition of an Entrepreneur

Someone who exercises initiative by organising a venture to take benefit of an opportunity and, as the decision maker, decides what, how, and how much of a good or service will be produced.

An entrepreneur supplies risk capital as a risk taker, and monitors and controls the business activities. The entrepreneur is usually a sole proprietor, a partner, or the one who owns the majority of shares in an incorporated venture.

So, a fair bit of overlap there. I ran a poll in the Facebook group, and the results were as follows:

Lots of respondents said they tailored the term depending on who they were speaking to.

Freelance came out as the most popular option. But, the interesting thing from the comments is that many considered what they were doing to be freelancing, but felt uncomfortable using that term with others.

Why are we avoiding using the word freelancer?

Being freelance is still not taken seriously.

Anyone who has had a family member ask ‘when are you going to get a real job?’ will relate to this. Despite the fact that, as of 2016, there are 2 million freelancers in the UK (1.77 million work freelance in main jobs and a further 234,000 work freelance in second jobs, figures via IPSE), freelancing is still considered by many to be an in-between jobs situation, or a hobby career. Whereas the terms business owner or self-employed suggest a more serious affair. Perhaps the term ‘freelance’ just sounds a little more frivolous.

From my own experience, I’ve found that when I use the terms contractor or consultant, I’ve had less resistance from clients on higher prices. In fact, some in the group avoided saying contractor or consultant in case clients thought they would be more expensive. The other problem is that agencies often see freelancers as the cheaper option too, and treat them in that manner.

Freelancers are considered to be part-time.

Similar to the above, many consider freelancers to be part-time or casual. Although even part-time freelancers spend large chunks of their non-working time checking social media, replying to emails and taking client calls, often on the side of their full time job. And full time freelancers work FAR more hours than the average employee.

The spike in ‘earn six figures in your lunch break, with my £20k course’ entrepreneurs.

I’m not a big fan of any of the entrepreneurs who peddle get rich quick schemes. I think they’ve done a lot of damage to the freelancing market, and promote the idea that people just want a quick win for very little work. Freelancers don’t freelance for a quick hit of cash, they freelance for work/life balance, out of passion, to work while raising a family, for their mental health, because it opens up their career options.

If you’re selling a product, the term freelance throws people.

As more and more freelancers branch out into selling products (even digital ones like courses and ebooks), the term ‘freelance’ can feel like it doesn’t fit. When a freelancer moves from being customer-focused to client-focused, it can cause a bit of an identity crisis.

Considering yourself freelance might actually be a limiting belief, in that you might believe that you’ll never be more than an individual working for clients (which, actually, is all some freelancers want). But if you have bigger plans, it might be that the term freelance can feel outgrown. 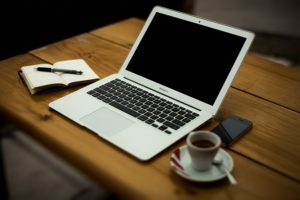 Is the negativity around the term freelance a gender issue?

Interestingly, I think most of the above judgements are applied more to woman than men. Men seem to get a better reception to describing themselves as freelancers. This could be because a big chunk of the freelancing market is made up of freelancing mums working part-time (*waves*), largely because freelancing is often the only way many mums (and dads) can return to earning money without having any income wiped out by childcare.

Perhaps the fact that nearly anyone can become a freelancer has created some snobbery around it too.

That said, I think freelancers are very respectful and supportive of each other (come join the Freelance Lifestylers community!). Most of the problems above are from ignorance and not actually knowing what a freelancer is, rather than coming from the freelance community itself.

The Future of the Freelance Lifestyle

I’ll be honest, when I started writing this article, I did briefly consider whether it was time for a name change of the blog. After all, if people are struggling with using the term, why carry on using it?

But as I mentioned earlier, the problem isn’t what we consider ourselves to be. It’s with how we describe it to others. I’m not sure what the answer is for that. But I still believe that this space is for those of us who consider ourselves freelancer or self-employed.

I’d love to know what you think! Let me know in the comments below.